On December 7th 2018 Visual Plan was contracted to document a 3 story building for a renovation project outside of Seattle WA. The project was managed by David Nicastro from http://securesource.com who was coordinating with architects and contractors to ensure design met security requirements for the new medical facility. Security is a high priority for the company renovating the building.

The building measured 116,250 square foot indoors, 71.040 square foot on the roof top and 30+ feet outdoors of the entire perimeter. The project was completed by our project manager in just under 6hrs capturing 1,769 24MP panoramic images from a MADV 360° camera. We also ran a DJI Mavic Pro drone to produce a high-resolution mosaic and high-resolution video footage of the perimeter of the building.

We decided to use the building as a training exercise where two of our distributors were able to participate in a live project to learn documentation workflows and tips from our trainer Paul. 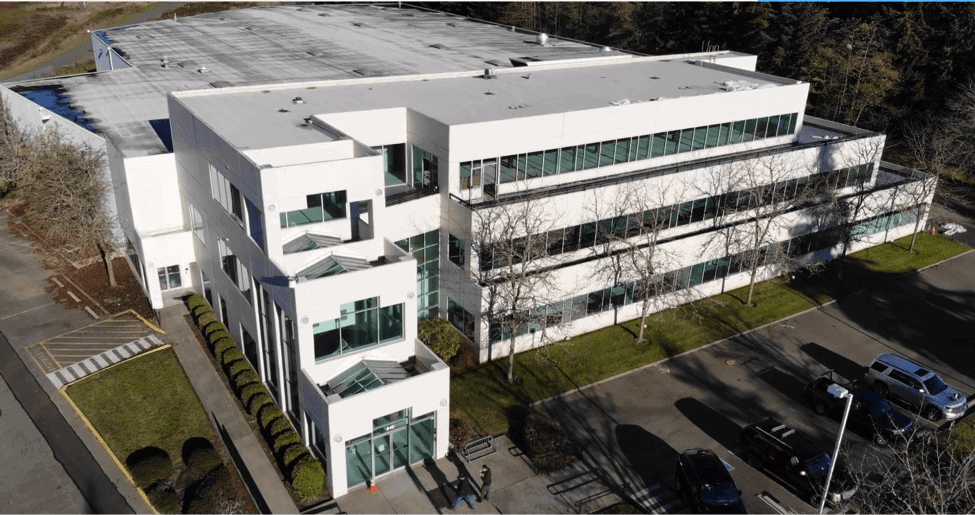 The building was 3 levels with office space in the front and a large warehouse in the back. Paul completed all indoor spaces, including washrooms, closets, stairways, rooftop and storage in one afternoon. Those training repeated the workflow on different sections of the building, but Paul ran the show and completed the project on his own to ensure everything was done perfectly.

At the building we found a set a blueprints and snapped some photographs of each floor so we would have a plan to overlay the images within the Visual Plan Software. We used these plans while waiting the design files from the architect. We also took reference measurements for each section so we would be able to scale each section.

After completing the perimeter and locking up, the team met back at the hotel to organize the imagery into 9 sections and upload them to the Visual Plan Software. Time was taken to separate the washrooms to avoid the repeating geometry causing confusion in the software. We grouped the large warehouse into 2 sections and each floor with staircase on its own section as a logical grouping. The upload took 90minutes with decent bandwidth and then we let the Visual Plan cloud software processing worked its magic.

In the morning we met for breakfast to place the project together. Of the 1,769 images uploaded, we experienced issues with 23 images. We grouped these 23 images in a separate section not to be used. Paul was very thorough with the documentation taking 30% more photos than necessary for the project, so the issue images were of no consequence and we had many images to select from for any images with motion blur or over-exposure.

I find the slowest part of most projects is sharing information between stakeholders. Reducing this time is a huge advantage to all stakeholders once Visual Plan is implemented. It took us nearly a month to receive the design files from the architect, but Visual Plan was live and sent to the client within 72hours of the field documentation.

The security hardware integrator on the project www.aronsonsecurity.com reached out to David to schedule a site walk-through with his engineer as Eddie required additional measurements and orientation of the building the following week. However, David was leaving for Japan for 2 weeks and was not able to meet Eddie to let him in the building. As with many projects, organizing schedules and walk-throughs can be a major disruption to productivity.

As a busy security expert, David travels frequently and his time is very valuable. In response to Eddie’s request, David shared the secure web link to the Visual Plan player and asked Eddie if he still needed the walk-through. Eddie explained:

“I had much more information than I could have ever expected. I spent a large part of the day viewing the project. It was like I was there – truly amazing”

Eddie claimed to spend hours virtually walking the facility, inspecting HVAC systems in the exposed roof, measuring locations for security installations and much more. He could not believe the time savings Visual Plan would offer Arson Security in the reduction of site visits and having all information at his fingertips.

I later conducted a web demonstration of the Visual Plan Editor to Eddie showing him the power of the reporting tools, 3D functions and sketch tool. The fact that he could provide detailed feedback on the 360° model with symbols, icons while also referencing documents, webpages and video was a very disruptive. Eddie said that Visual Plan would provide a major time-savings to Aronson Security.

Given that David is nearly 2 hours from the job site, arranging these site visits can take the better part of the day, even when he is in town. But this time David was able to send the weblink to the project and leave town confident that he would not be holding up the project.

Another great feature of Visual Plan is the ability to provide virtual site inspections or security assessments. Weather you are a subject matter expert, insurance underwriter/adjuster, fire protection engineer, security expert or construction contractor, leveraging the visual environment in Visual Plan to make observations is incredibly effective. Visual Plan is quick and allows stakeholders to create a full detailed report with 360¯orientation shared through a secure link of the Visual Plan Player or through an exported report.

The individual reviewing the report can relate the comments directly to the 360° space, take measurements and look at the space from various perspectives. When comparing the visualization to a written report with photographs, there is no comparison. Better yet, slap on a $300 Oculus Go headset, and you are in the building. The feeling is amazingly realistic.

The Visual Plan team is happy to show another satisfied client and completed project. We will be back to document this building as the project moves forwards showing a before and after as security equipment, fire and safety hardware, fire sprinklers and designs are completed.

Visual Plan helps to ensure a more efficient and collaborative workflow for all stakeholders. It can reduce waste in terms of supplies, mistakes, and wasted time from redundant site visits. 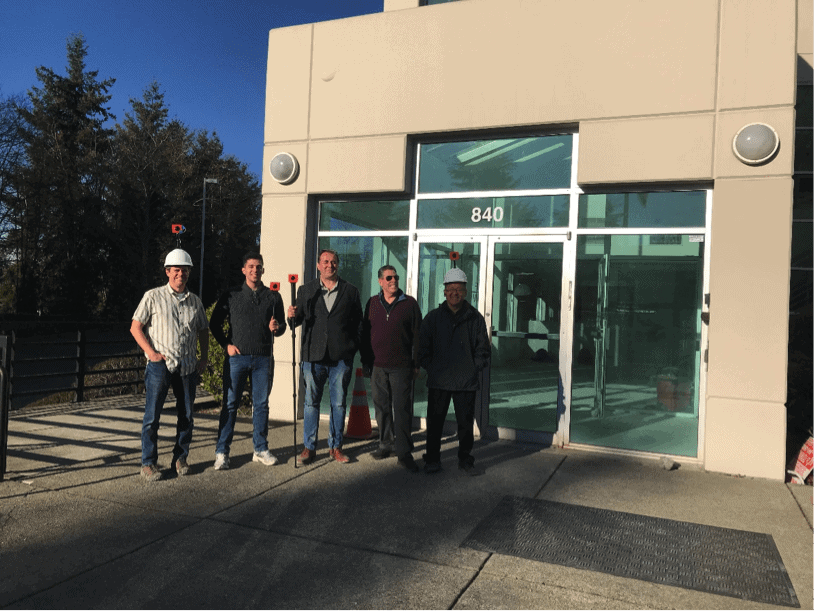 If you would like to learn more about Visual Plan, discuss if there is a fit for your security design, security assessment or facility management project, call or email us today!